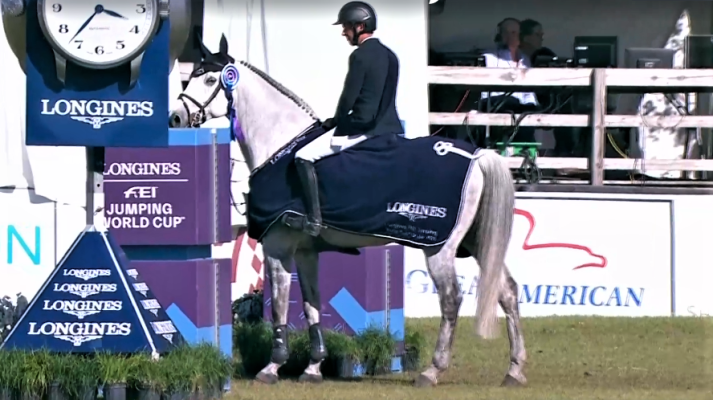 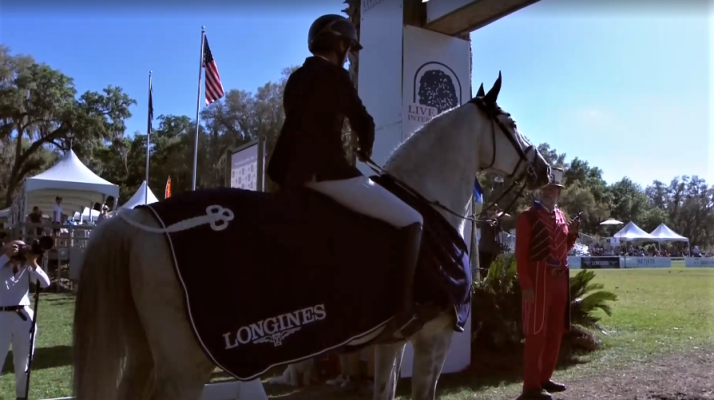 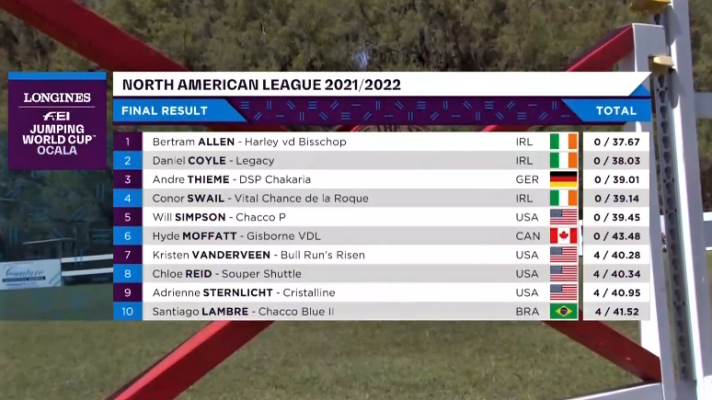 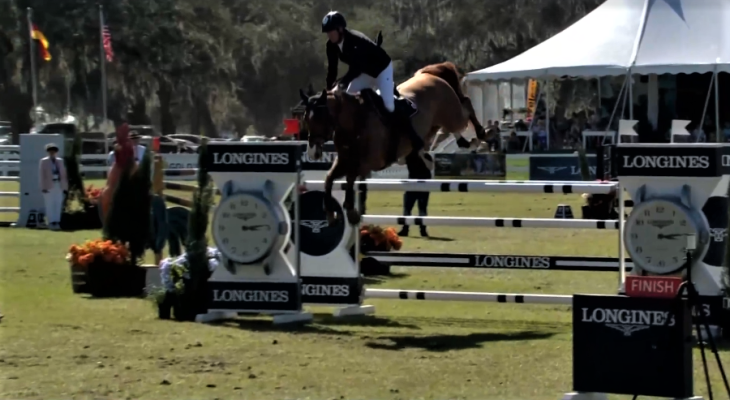 Bertram Allen (IRL) competes in the already-concluded Western European League, but that didn’t stop him from journeying to Live Oak Stud in central Florida (USA) for the final North American League qualifier of the 2021-2022 season. He rode Harley vd Bisschop straight to the top of the Longines FEI Jumping World Cup™ Ocala, besting an 11-horse jump-off.

“He’s 14 and an experienced horse,” Allen said of his mount. “He loves the grass, and the ground here is fantastic.”

Each combination seemed to outpace the next. Defending European Champions Andre Thieme (GER) and DSP Chakaria took an early lead (39.01 seconds), until Coyle set a stiff standard with his mount, Legacy (38.03).

“I saw that Daniel was maybe over a second quicker than [Andre], which I didn’t think was possible,” Allen said. “So, I knew I had to give it everything, and it all came off and everything was actually very fast and well, and he really tried hard.”

Allen saved best for last, setting himself apart with an early expedient turn and a furious gallop to the last. His winning time was 37.67 seconds.

“I think the main thing was to just stay [on the pace],” he said. “I maybe added one more [stride] to the double, and then we were very fast. I hoped we’d won it at the last.”

Swail (IRL) finished fourth Sunday, but he ended the NAL season as points leader with 74 points, having won three World Cup events at Vancouver (CAN), Sacramento (USA) and Fort Worth (USA). Tiffany Foster (CAN) finished second with 59 points, with Natalie Dean (USA) third on 41 points.