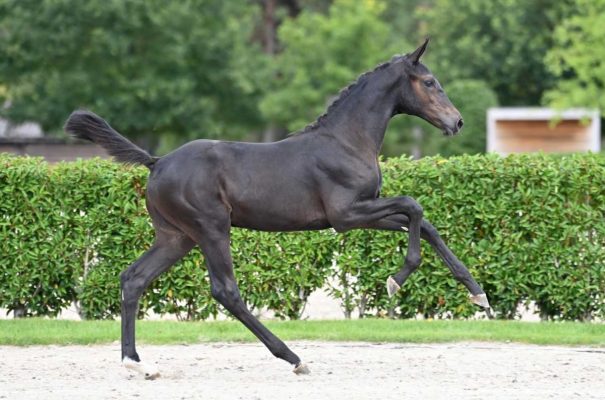 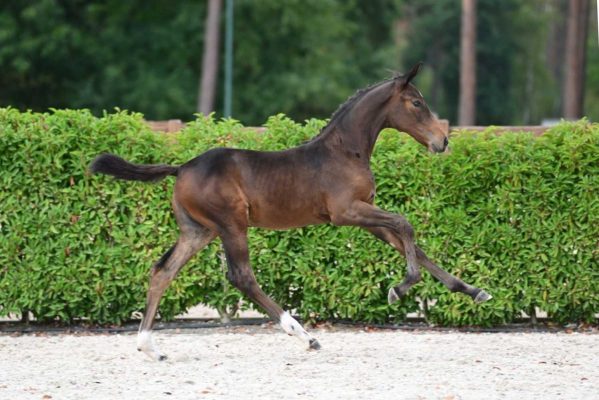 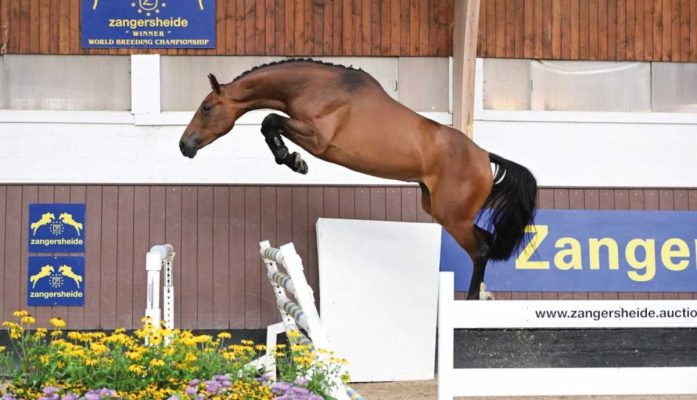 The references of the Zangersheide Quality Auction are winning across the globe in 5* Grand Prix’s, Championships, and even Olympic medals and these are already three good reasons to mark your agenda for Thursday 22nd, Friday 23rd and Saturday the 24th of September. These evenings are namely reserved for the Zangersheide Quality Auctions that for years already act as the grand finale of a busy auction season!

This year Zangersheide announces the introduction of a new auction on Thursday evening the 22nd of September. After a fifteen-year absence the young horses have made their way back into the Zangersheide Quality Auction. In 2007 it was the last time they filled the foal collections with a promise of top sport horses to go under the hammer. In that year there were top prices for stars such as Sterrehof’s Cayetano Z who sold for € 52,000 and later on excelled under Julia Houtzager-Kayser at 1.60m level. The price of € 74,000 was paid for VDL Groep Quinthago who went on to win the 5GP of Helsinki with Leopold van Asten. The auctions proved a huge success and over time we learned that every collection harboured some true 5 GP winners!
The collection consists of 14 Zangersheide horses between 2- and 4-years-old. Some of the highlights include:
● Don Julio T40 Z, a Diamant de Semilly out of Centa de Muze and thus the brother of the Zangersheide stud stallion Toèmme de Regor
● Easy Dream van ’t Roosakker Z, a daughter of Eldorado vd Zeshoek TN and born at Mark Kluskens’ famous van ‘t Roosakker stud farm.
● Touch of Cera du Maillet Z, a Taloubet Z mare out of the pedigree of no one less than Olympic Fein Cera!
Also the foal collection is of exceptional quality. Last year the world record was broken with a son of the Olympic Fit For Fun, who was sold for a stunning € 160,000 and we’re eagerly looking forward to the results of this year. On Friday 41 foals will go under the hammer, and we proudly present you a few of the many highlights:
● Albus Waldstar Z, a colt by Aganix Du Seigneur Z directly out of Daniel Waldman’s Lizziemary
● Camilla JL Z, a direct filly by Cornet Obolensky out of Jos Lansink’s Olympic mare Valentina van ‘t Heike
● C-Jewel’s Touch of Catoki Z, a unique granddaughter of Olympic Gold winner Classic Touch
● Hong Kong des Premices Z, a colt by Heartbreaker and brother to the Olympic stallion Emerald
● Cum Laude Z, a colt by Cumano and brother to Spruce Meadows winner Darry Lou
On Saturday 43 foals will canter into the auction ring and make sure to take a look at the following ones:
● Datanga vh Dingeshof Z, a filly by Dourkan Hero Z and the sister to Nicola Philippaerts Katanga vh Dingeshof
● Emotion for Fun Z, a direct son of Eldorado vd Zeshoek out of the Olympic mare Fit For fun, carried by the mare herself
● Chatou vd Berghoeve Z, a filly by Chacco Blue, daughter of the 1m60 sj Calgot Pleasure and granddaughter to World Champion Liscalgot
● Evert Optimus Z, a colt by Emerald and brother to Niels Bruynseels’ Nations Cup winner Cristel
● Chinderella Philyra V.V. Z, a filly by Chin Chin and direct daughter of the Olympic Goriana van Klapscheut

We gladly invite you to experience this auction evening with us in Lanaken during the FEI WBFSH Jumping World Breeding Championship. On Thursday, Friday as well as Saturday the auctions start at 19:30 hrs. Interested buyers can reserve seats via Auction@zangersheide.com but can also join us online to place bids on their favourite lots in real time via www.zangersheide.auction.