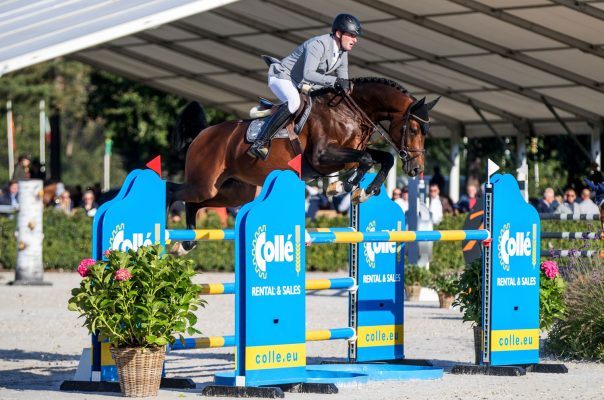 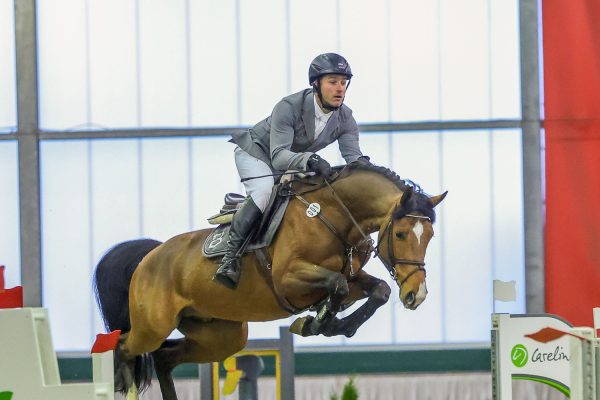 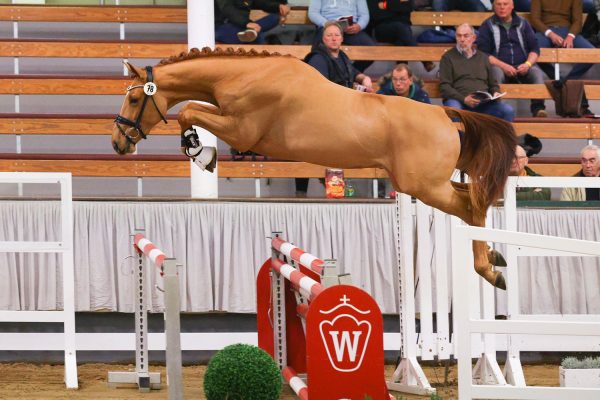 The stallion station of the Ludger Beerbaum Stables reports three spectacular new arrivals, led by the reigning World Champion of young show jumping horses and Vice Bundeschampion Coros. The type-brilliant, extremely valuable bred son of Cornet Obolensky (M. by Arpeggio-Pluspunkt) is a high-flyer! Coros passed his sport test with a 9.03 as Reserve Champion, then won the Westphalian Championships and took bronze at the Bundeschampionat (5y.). In 2021, as a six-year-old under the saddle of Philipp Weishaupt, Coros recorded his first international placings and secured gold at the World Championships with dream rounds and, only narrowly beaten, silver at the Bundeschampionat.

The pedigree of the extremely sporty young star Aberdeen Z combines the century stallion lines of Darco, Contender, Cantus, Ahorn Z and Cor de la Bryère. His dam Cascada was successful in international competitions. The now four-year-old son of Aganix du Seigneur already fascinated at his licensing in Zangersheide with a lot of juice, outstanding jumping ability, lightning-fast reflexes and the right amount of caution – he also demonstrated his ability and willingness to perform in his highly rated sport test (overall 8.33) under the saddle of Philipp Hartmann.

“This stallion can jump anything” – Ludger Beerbaum and Philipp Weishaupt are sure. They are talking about new arrival number three, Emeron. The chestnut is a son of Emerald van het Ruytershof and thus a grandson of Diamant de Semilly, who was already legendary during his lifetime. Emeron is a real power package: energy, attitude, jumping, reflexes, canter as well as rideability in the absolute optimum.

Interested breeders and horse lovers will have the opportunity to see the stallion newcomers Coros, Aberdeen Z and Emeron – as well as their already well-established stallion neighbours Zinedine, Mumbai, Chubakko, Colestus, Comme le père, Cortez FZ and Forlee – live at the Riesenbeck International Equestrian Centre on Sunday, 27 March 2022, at 11.30 am. The stallion show, which will be held as part of the CSI2*, is themed “Stallions in Training”. Tickets can be purchased online via www.ludger-beerbaum.de or on site. The show will be broadcast live online via www.ClipMyHorse.de.