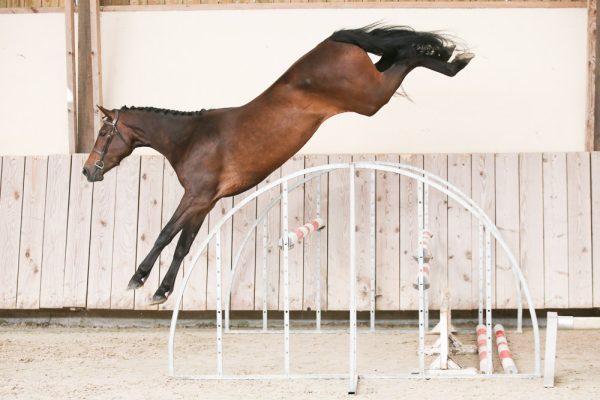 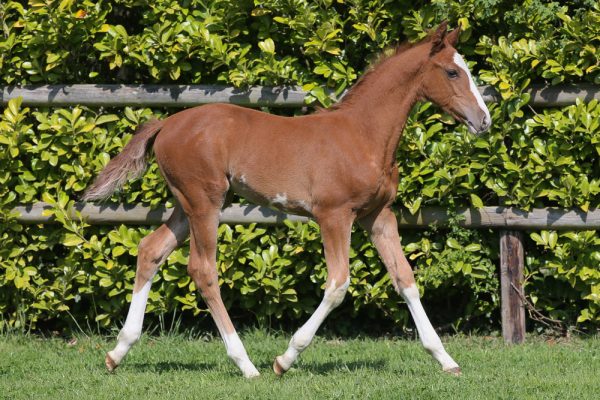 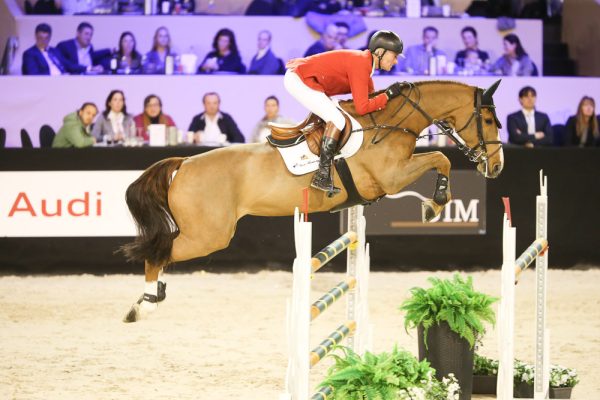 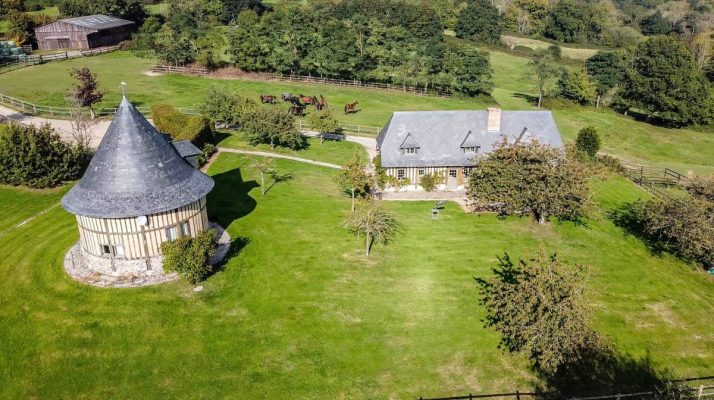 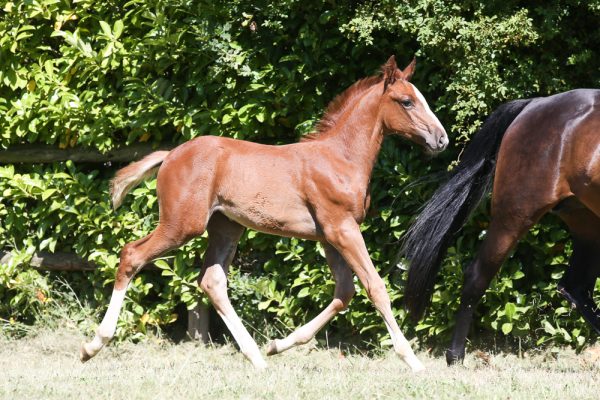 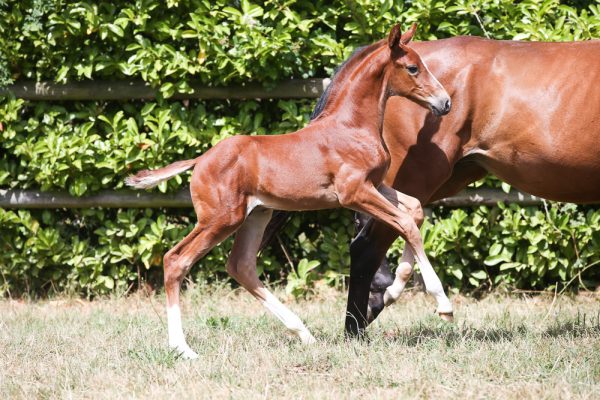 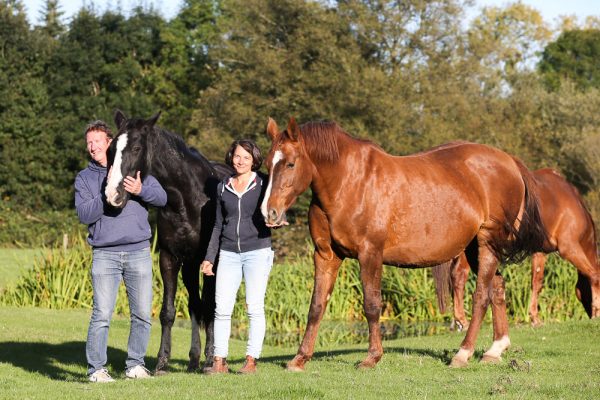 Electra van’t Roosakker, Teekitiezzie de Muze, Vialotta d’Ick, Vent du Sud Kerglenn, Extrabelle d’Ick, Urline de Muze, China d’Ick, Floralie’Jac … as many mares of exception gathered over the years by Richard Dick in Normandy. From 4th to 6th September, foals and embryos directly from these mares and their daughters will be offered in an exceptional auction who had been walking around the breeder’s head for several years and it is no surprise that today, this online auction sale resonates as one of the major 2022 breeding events with an exceptional concentrate of genetics, representing the eight active strains of the stud. The breeder, who has mainly been selling foals up to now, has, for this special occasion, been tempted to present some exclusive embryos, but also a few straws of stallions that have marked the history of the Haras d’Ick.
Former top-level athlete himself, Richard Dick grew a passion for breeding horses about twenty years ago. He therefore is well aware of the requirements needed for high level competition and in this activity, like in all others, he aims only excellency.
His journey in the breeding world will start with the Pignolet family, he will acquire some of the best genetic strains of the haras d’Elle before quickly discovering foreign breeding. He then made the acquisition of China d’Ick, daughter of Chin Chin and Cassini I’s full sister. She will give him a Zangersheide Stallion Atomic d’Ick and the 5* Grand Prix mare Vendome d’Ick. He then made the purchase of Vialotta d’Ick, daughter of Pialotta the star mare who allowed Rolf Goran Bengtson, Steve Guerdat and Edwina Tops Alexander to explode in the biggest championships. And after having a great career herself, all generations of Vialotta’s products are impressive.
Joris de Brabander has been a long-time source of inspiration for Richard Dick. It is no coincidence that the two men are now co-owners of the stallion By Cera d’Ick, who has gained the enthusiasm of many breeders by the proven quality of his products year after year. It is therefore not surprising to find the three best strains of the breeding “de Muze” in Normandy, but again, not any branch! For Qerly Chin, Teekietiezzie de Muze will be elected. Teekietiezzie is a sister of Sauterelle de la Pomme and Excellencia de Muze. After a bright showjumping career, she is the mother of the cracks Go Easy de Muze (Frank Schuttert & Darragh Kenny) GP 5* Barcelona winner and Dutch champion, Hocus Pocus de Muze (Harrie Smolders) and of the stallion Iceman de Muze! For Fragance de Chalus, it will be nothing less than Urline de Muze, daughter of Cash, mother of the phenomenon A Big Boy, and of the impressive Ponsee, While for Ta-belle van Sombeke, it is the unique Quasibelle du Seigneur, for whom there is no need for presentations anymore, that will join the stud as the mother to Heartfelt’s, Arac du Seigneur, Extrabelle d’Ick and many others.
Meeting Philippe Berthol, led to crossing the path of Electra van’t Roosakker who represents the gem of European breeding. Not only she has had an international sporting career that has marked the minds, but her production is remarkable.
Over the years, Richard Dick has evolved, living closer to his horses and has grown an ever more devouring passion. Accompanied by his partner Audrey Dauge he doesn’t only settle as a passionate geneticist, they now master all stages of the production chain ensuring with the utmost care, ultrasound insemination and embryo transfers with his own, carefully selected, surrogate mares. This level of independence is the pride of the Haras d’ick and is reflected at all levels.
Although D’Ick’s affix has given way to the DK affix, the Haras d’Ick products are more than present on the international scene with Vendome d’Ick, Atomic Z (aka d’Ick), Cool Girl d’Ick, Dragibus d’Ick, Extrabelle d’Ick, Easy d’Ick while younger generations represented by Black Cera DK, Burberry DK T&L, Forever DK, Floralie DK, Give Me One Reason DK, H Cornetta DK are just as much talked about. This is further proof, if it were necessary, that the objective of Ick breeding is above all to produce horses for the great sport! There is no doubt that the generations offered in this D’Ick online Auction sale will follow in the footsteps of their elders.
www.harasdick.auction
D’Ick Auction
From 4th to 6th September
Contact :
Richard Dick +33 6 09 30 65 38
Audrey Dauge +33 6 12 38 62 35
harasdick@gmail.com